Bough Beech Sailing Club offers a wide range of racing opportunities for sailors of all ages and skill levels throughout the year. This includes informal and novice racing, club series, single day regattas, pursuit races, open meetings, the open icicle series, youth regattas and interclub competitions.  Full details of our racing programme can be found in the club calendar.

Afternoon series – One race from 14:00, one start for general handicap fleet 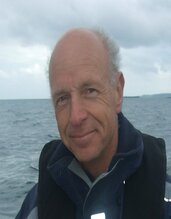 Getting Started with Racing

Many members develop their sailing skills on our RYA level 1&2 courses and at our improvers sessions on Sunday afternoons in the summer.  Members can also get together and organise informal non-competitive short course racing on Saturdays.

Club boats can be hired by members to compete in racing events.

Regular club racing series are held throughout the year on Sunday mornings and afternoons.  Morning series usually consist of two races per week with separate starts for Solo, Laser and General Handicap fleets.  Afternoon series consist of one general handicap race per week.  Results are determined on average lap times and corrected for the handicap of the boat class (PY number) where appropriate.

A number of one day club championships also feature in the racing calendar including the Sutton and Surrey Water cup, the Sir Alec Rose Trophy and the Boxing Day Rum Race.  There is usually a pursuit race on New Year’s Day.

The light evenings of the summer months allow the scheduling of a Thursday evening series with the added bonus watching the sunset from the clubhouse afterwards.

The Emma Nettleship trophy is a special regatta for our youth members held each autumn and other events including novice races and team racing are also scheduled on the calandar.  Bough Beech teams compete in interclub racing with other local clubs in the Weald of Kent Sailing Asociation.

Open events are held throughout the year for a variety of classes including the icicle open series held during the months of January and February each year.  Many members take the opportunity to travel to compete in open events at other clubs locally, nationally and internationally.

Experienced racers can develop their skills further by undertaking the role of race officer and joining the team of volunteers who run the club’s racing events and open meetings.  Training and support for this role is provided by the club’s principal race officer.

Race officers are supported by members volunteering for the role of assistant race officers.  No formal training is needed for this role as the required duties will be under the direction of the race officer for that day.